Duke Emmanuel Richelieu, who is mostly called simply Duke in Odesa, was born on September 25, 1766 in the French city of Bordeaux. He received a brilliant education at the best college in Paris, served in the Guards, inherited from his father the position of the First close to King Louis XIV.

The Duke de Richelieu, as an enlightened and advanced person of his time, was familiar with the work of N. Machiavelli's “The Prince”, written in the early XVI century. He knew that according to Machiavelli's principles, power and its application in different circumstances are the levers of control. He realized that any power depends on the performers. Proper based on mutual respect relations between government and subordinates are the key to success. His leadership and control had to be natural and authoritative.

Among the managerial achievements of the Duke de Richelieu should be noted the linear-functional (mixed) management structure he built, which combined the power of the line manager and the power of functional units.

Founder Richelieu's leadership, which he exercised through personal qualities, situational and behavioral approaches, combined with an authoritarian approach, a developed system of effective influence on people through persuasion affected the economic results of his management of the city.

The Duke de Richelieu combined the abilities of a prominent administrator with extreme simplicity and modesty in life. He lived in a small one-story house on the corner of modern Derybasivska and Richelievska streets, and always found money for charity from his small capital.

Indeed, Founder Richelieu is an example of unique completely selfless and dedicated service to the city of Odesa. 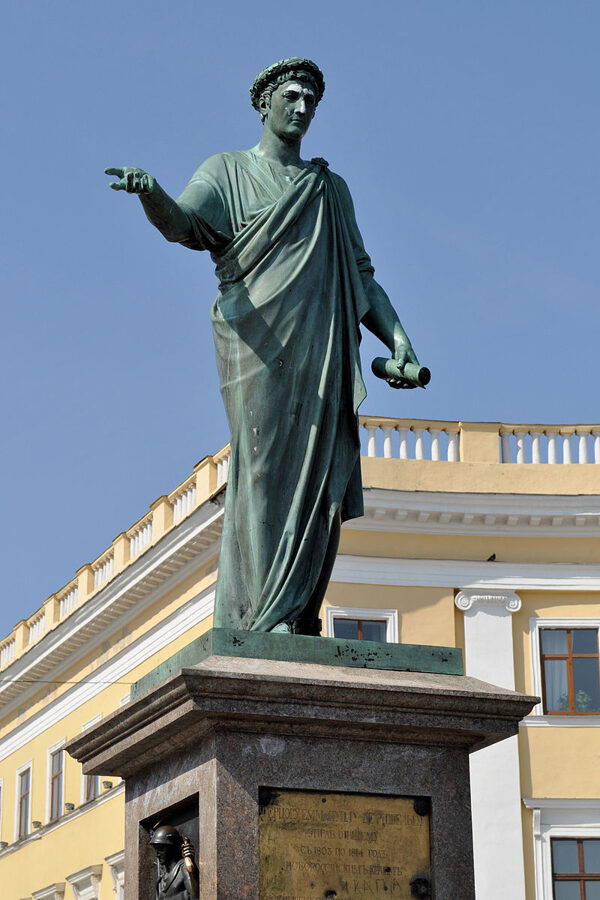